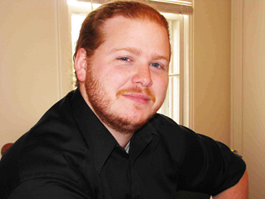 If you have not read the previous post, you should. It is the first one in this series.

The first leg of my trip went off without a hitch! The flight from Roanoke to Detroit was uneventful. I got an aisle seat and the guy beside me respected the unspoken plane seat agreement so all was good.

Detroit’s airport was probably one of the nicest I had ever been in. They had lots of neat things around and the tunnel between terminals A and B/C was pretty awesome. They also had a really nice fountain in the main terminal.

The layover was 4 hours in Detroit so I had awhile to do… nothing pretty much. Unfortunately, the internet was not free so that blew. I (again) did not bring any movies or shows to watch. I did, however, bring a Differential Equation book so I read over that for a little bit. I just happen to look up at some moment and see that the gate I was at had changed its “next flight” status. So, I went to the screen and saw that my flight was delayed by 5 hours! Fortunately, I ran to a gate across the airport where another flight for Amsterdam was getting ready for take off and they let me on! This caused my bags to get delayed but I was okay with that (at the time) since I could still make my connecting flight in Amsterdam.

They provided a dinner half way through the flight to Amsterdam. It was so so. I was actually impressed by the salad, brownie, and roll but the main course (chicken or pasta, I chose chicken) was terrible! It had a side of green beans and potatoes and I don’t think I have ever eaten something so gross. I was hungry though that it didn’t matter. I was just glad to get food! I managed to watch 3 movies during the flight: Adjustment Bureau, Limitless, and Fast Five. Fast Five was the best of the 3 and I’m glad Delta provided these for free and not pay!

8 hours later I arrived in Amsterdam. I was expecting more from the airport but that doesn’t really mean much. My layover was uneventful and I then flew to Bremen, Germany from there. Only hitch was that I had to file a claim for my bags once I arrived but I received them later that night so it was all good!

I finally arrived 2 hours later at the Hermes Hotel in Oldenburg, Germany! And that pretty much concludes my journey TO Oldenburg.